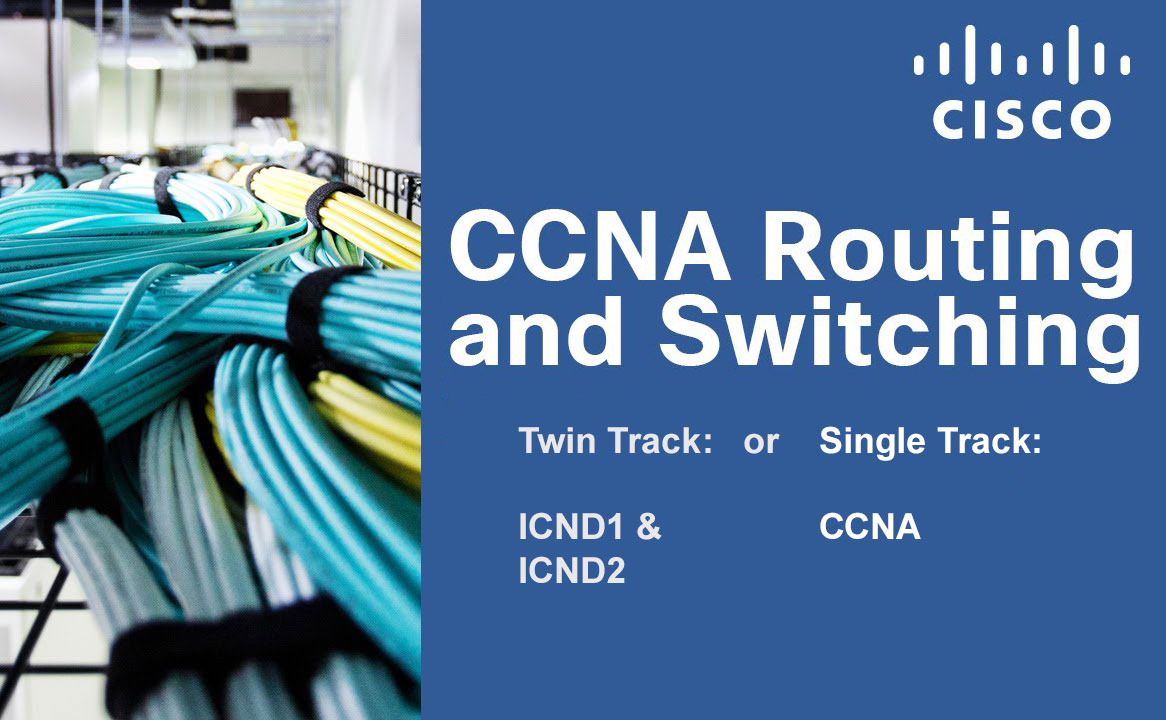 There are two paths you can take to get there; the traditional path and the accelerated path. One of the most common questions we get from students is what route is really going to be best for me? So starting off with the traditional path; this is a more measured approach to getting the CCNA routing and switching. And who should take this path;

In this route you’re going to be taking two courses and two exams. And the training is going to be spread out over the course of ten days. This gives you a little bit more time to absorb the information. The first course would be ICND1 and that’s Interconnecting Cisco Networking Devices part 1. It is generally considered to be the core cisco class in general no matter which path you’re going into later on; whether that is security, data center or service provider. No matter where you are going, the CCENT certification and the ICND1 course is really the core there.

ICND2 (Cisco Networking Devices part 2) would be the next course and that would complete your CCNA routing switching certification.

CCNA Accelerated or The Compsite Exam

Next we have the accelerated path; which is a faster route to the CCNA routing and switching certification. Instead of taking 2 separate exam you are taking the one exam which means you’re going to get it done a little bit quicker. So who should consider this path? It would be those who are primarily concerned with getting certification;

It is important to realise here that it’s going to be 2 separate courses combined into one single course so the training for the two courses is covered in a single course with intense learning. So you want to be sure you are prepared for that kind of a learning environment. The course we’re talking about here is CCNA-X and that is the CCNA routing and switching accelerated path and again it is a combination of ICND1 and ICND2.

Some people want to go with the composite exam route. It is designed for people that are already in the industry and have experience to get certification to match their experience. It is much more difficult but it’s not that you get different questions it’s the same questions as the ICND1 & ICND2. It’s just that the clock is much more of an enemy in the composite exam then it is on the two exams the ICND1 and the ICND2. We would highly suggest going the two exams route if you are new to networking or Cisco.

Do I also get the CCENT by passing the composite exam?

Another question we get is “When you take ICND2 does the CCENT merge into and become the CCNA?”. No, it does not, you keep both unique certifications.

Be very careful not to share any of the items appearing in your exam, as this relates to the non-disclosure territory. Cisco are very strict with their non-disclosure policy. They write in the agreement that whether it was accidental, careless, or purposeful the result is the same; they will take away your certification status and they will bar you from future certification programs. You will not be allowed to take any Cisco exams in the future. You don’t want to go down that road.

You may express how you felt about the exam by saying it was hard and I felt like there was a focus on one area but never say what area it was, just that it was tough it was good I’m glad I passed.

How does the employer see the CCNA?

The employer ses it very positively. It makes your CV standout from the other CV’s that the employer gets when they advertise for that position. But one thing it does do and this is good for you and bad for you and we would say more good than bad.

The employer immediately knows you’re going ask for a higher salary than the one without it or at least that’s assumed that you will do that. So you may not get a call from an employer who would typically offer a lower rate of pay compared to somebody else.

If you really want a job, maybe you want to work in an educational sector even though you know that the pay may not be as high as working in a private sector or something like that. You then make the prospective employers aware of that in the cover letter that you put on your CV. 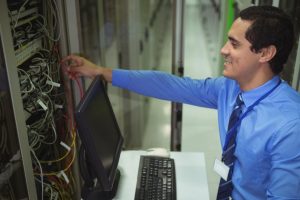 How CCNA Changed My Life 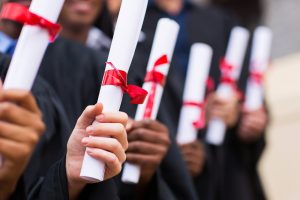 University Degree or Certification for IT jobs 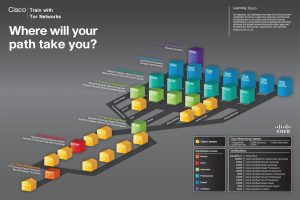 This site uses Akismet to reduce spam. Learn how your comment data is processed.

Our professionally certified trainers with years of experience in the industry with cutting edge technologies such as Cisco ASA, Firepower, Check Point, Palo Alto, Fortinet, Juniper Networks and F5 Networks. We are here to pass-on our expertise to you. Join our next training session to get ready for Network Roles.

Want a Career in Network Security?

Take advantage of our packaged offers to supercharge your network security career.